The roads in Vietnam are amazing to ride. There is a lot to see and enjoy during your ride. Besides that, Vietnam has a number of popular routes that are highly recommended, so don’t miss them! 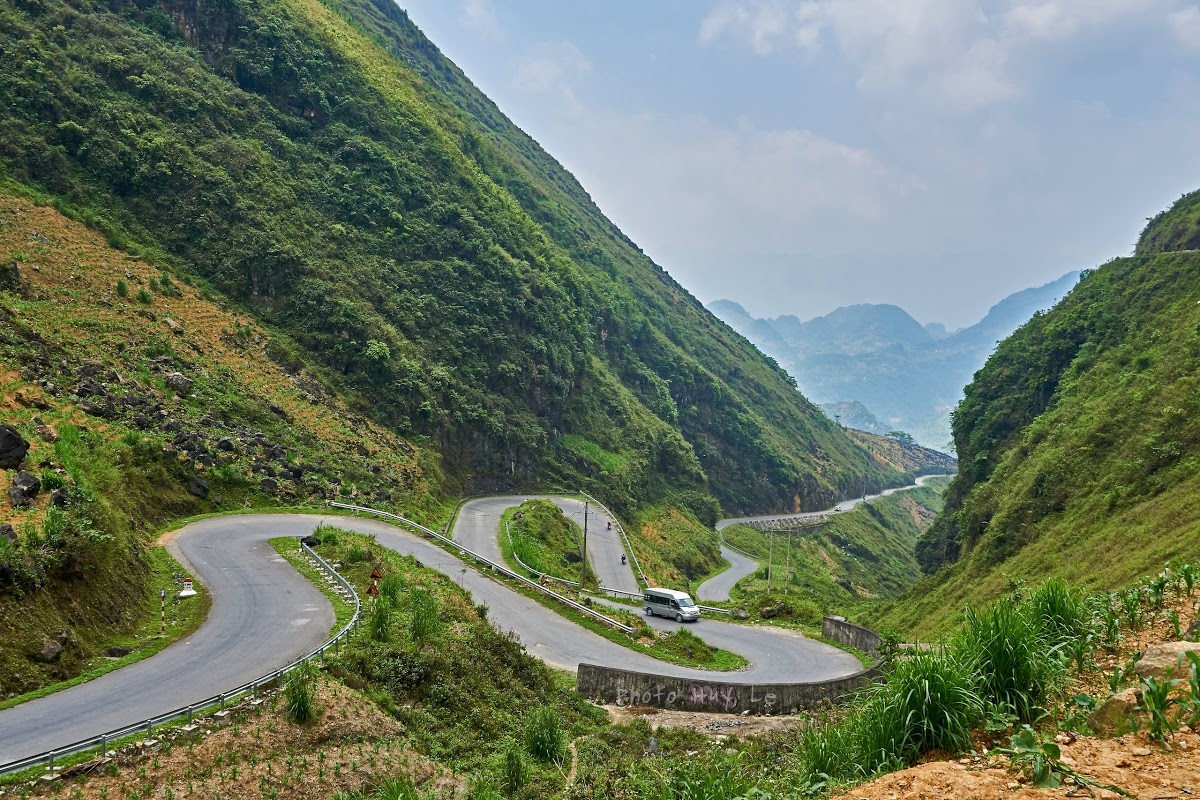 Far in the north of Vietnam and bordering China. People start in the city Ha Giang to continue their trip to Meo Vac and Dong Van. Both set in valleys surrounded by forbidding peaks and connected by a hair-raising road with spectacular views. Expect seeing impressive limestone walls, rice terraced fields and granite outcrops.
How long and when?
The trip from Ha Giang to Dong Van, then on to Cao Bang via Bao Loc, is about 300 km and takes at least three full days of driving along narrow, bumpy roads, which may become impassable during the rainy season.
The best time is at summer (June-July) and autumn (September-November)
Locals
This border area is home to several minority groups, including the White Hmong and the Lo Lo, the latter having only a few thousand members; most towns along the route, including Dong Van and Meo Vac, have a Sunday market attended by villagers from the surrounding valleys, where you might just be the only foreigner.

It is one of the most famous and taken routes in Vietnam. The Hai Van Pass itself is just 21 kilometers and from Da Nang to Lang co is 30 kilometers, but that doesn’t make it less breathtaking. You will drive through one of the most stunning mountains in Vietnam. Enjoy the island vibe when you arrive in Lang Co and go for a swim. You can make a stop at Bach Ma National Park during the loop and eat some food while enjoying the amazing view.
Best time: Between April and July.

The hillside, windy roads will have you feeling like a Hell's Angel if you can forget that you're riding the motorcycle equivalent of a hair dryer. This is a good, adventurous way to get to all the funky sights outside the city, but you may find it hard to get "into" places such as the Chicken Village or to the closed door of the "Crazy Monk" -- some attractions are best visited on tours